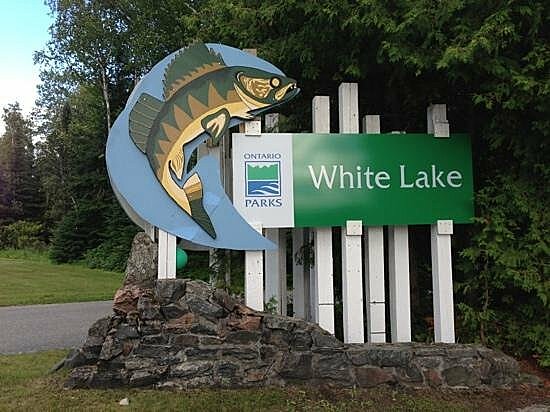 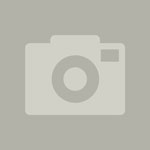 THE WHITE LAKE PRESERVATION PROJECT: our goal is, in concert with as many property owners and interested individuals as possible, to collect information on the condition of the lake, to identify areas of vulnerability and to implement stewardship programs, land use planning and policy approaches to protect and improve its condition.

Assessing the health of White Lake is a complex issue which requires scientifically gathered data and expert interpretation of this data. However, nature has a clever way of summarizing all of this data and
making it obvious to us when things are not going well. She does this by creating algal blooms when the nutrient content of the lake water becomes too high. Although the presence of algae in a lake is normal and beneficial to aquatic life, excess algae in the form of algal blooms can in some cases produce toxins harmful to us and can even cause serious illness if ingested. White Lake is now experiencing some of these toxic algal blooms, one of which was documented in 2014 and again in 2015. Algal blooms can also be detrimental to fish life and make the lake unattractive due to poor water colour, lack of
transparency, and the sight of strings of algae clinging to rocks and vegetation. Left untended, a lake could enter a phase of decay where dangerous algal blooms occur frequently and eventually lead to the
'death' of the lake itself. Is there cause to worry about White Lake? White Lake is a shallow lake with an average depth of 10 ft (3.1 M) and a surface area of 22.7 square kilometres. The watershed feeding water into White Lake is only 211 square kilometres, which is a relatively small area of forest and farmland providing water to the lake. As it turns out, White Lake is flushed with new water each year by only 90% of its volume. Most lakes are flushed by several lake volumes per year. This means that over the course of a year, some lake water is not flushed out of White Lake resulting in the year over year accumulation of nutrients and other materials in the lake. Over its entire surface area, 90.7% of White Lake has been designated as littoral, which means that most of the lake is comprised of marshes or areas considered as shoreline subject to wave action and/or the dense growth of water plants. Consequently, White Lake is classified as a biologically productive lake which is one that produces large quantities of algae, phytoplankton, zooplankton, water plants and aquatic animals such as fish. This can be a good thing unless the lake becomes too productive; then it begins to fill up or, in technical terms, becomes eutrophic. Phosphorus (P) is an element essential to aquatic life, but in excess can cause serious negative consequences for a lake ecosystem. Phosphorus concentration levels in a healthy lake should range between 5 and about 15 parts per billion (ppb). Although P measurements have been taken in White Lake for many years, these measurements have not been done in a systematic manner and not at locations representing the entire lake surface. The White Lake Preservation Project (WLPP) has begun a Water Quality Monitoring Program consisting of systematic monthly sampling for P. Five separate locations spanning the entire lake are to be monitored during 2015. Other chemical parameters such as oxygen content, temperature, and chlorophyll a (a measure of algae concentrations), plus several other parameters will also be monitored. In 2014 one site, which was monitored throughout the spring to fall months, showed that P concentrations continuously rise during the summer and peak in the early fall with concentrations exceeding 20 ppb (this was a new finding). At this P concentration, the lake is considered to be becoming eutrophic. The WLPP monitoring program should shed light on any year to year trends in P levels as well as provide insights into the sources and eventual fate of P entering White
Lake.

Shortly after ice break-up in the spring, P levels measured in the lake are about 10 ppb. When taking into account the volume of White Lake (75 million cubic metres) and a concentration of 10 ppb of P, one can easily calculate that there are about 750 kg of P in White Lake waters at that time. By late summer, the total amount of P in the lake has increased by more than a factor of 2.
Phosphorous is a common element and can find its way into the lake from many sources, both natural and as a result of human activity. Natural P sources include airborne dust and pollen, the dissolution of P-containing rocks, rainwater run-off, erosion, back loading from sediments, and the occasional breach of a large beaver dam. Humans can also contribute significant amounts of P to the lake. Domestic septic systems and most commercial sewage treatment plants do not remove P, which then leaves the treatment system and eventually migrates to the lake, especially if there are no trees or shrubs present between the septic system and the lake to absorb released P. The P in these septic systems comes from P-containing detergents and cleansers and from human waste. Other man-made sources include fertilizers, and pet and farm animal waste.

Phosphorus from all sources concentrates in the bottom sediments of lakes which can contain P levels many times higher than the water above. Release of sediment-bound P occurs when the oxygen content of water above the sediments is low and nearing zero as a result of oxygen consumption due to the decay of algae and vegetation and also when there is a low turnover from bottom to surface waters. Conditions such as these have been recently measured at the entrance to Pickerel Bay where P levels in the water have been recorded as high as 60 ppb, which is three times the acceptable level for freshwater lakes. The disturbance of lake sediments in shallow areas of the lake by boats, and shoreline erosion from the wakes of fast, large, and wake-boarding boats operating too close to the shoreline can also release sediment bound P into the lake water.

The Lakeshore Capacity Assessment Handbook (Govt. of Ontario) provides estimates for human contributions of P to lakes based on the number of cottages, permanent residences, resorts, etc. found
on lakes. White lake has over 400 cottages plus 7 resorts, campgrounds and trailer parks. Based on the estimates provided by the Handbook, we can calculate that more than 500 kg of P enters the lake from
human contributions each year. Although this number is an estimate only and needs refinement, it does illustrate that by our actions we can make the difference between having a healthy lake or a eutrophic
one.

White Lake is by its very nature a sensitive lake. Many government and biological assessment reports going back to the 1970s state that White Lake is eutrophic and needs to be cared for by those who use it
and enjoy it. We cannot influence natures input of P to White Lake, but there is much we can do to limit ours and thus protect its natural beauty. Restoring the natural shoreline, eliminating the use of fertilizers and P containing products, requiring septic system inspections and upgrades, preventing shoreline erosion and controlling development along the shoreline can contribute to keeping the lake in good condition. Calculating the capacity of White Lake for supporting further development as well as writing a lake plan will provide a roadmap for further action by the WLPP and all concerned citizens. In addition, all four townships which border White Lake need to collaborate and harmonize bylaws on issues related to the lake and they also need to carefully scrutinize any development plans which could threaten White Lake, which after all belongs to all of us as well as to future generations.

Note: All the data, interpretation and documentation presented in this report can be found on the WLPP website at www.WLPP.ca

2. Water samples for total phosphorous were taken at Secchi Depth or when sampling site depth was less than Secchi depth, samples were taken 1 M from bottom.

3. All water samples were filtered through 80 micron filter prior to determination of total phosphorous.

5. Total phosphorous water samples were not taken at the Pickerel Bay location as this location was not part of the Lake Partners Program for 2015.